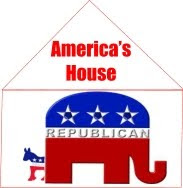 Thank God for the respite. We may never fully know the disaster that has been averted. While there are many people who have sacrificed much to make this happen, there are a core group of visionary people who I hope history will remember well. The media: FoxNews. The people: Glenn Beck and his entire entourage; leaders in the political field, some of whom were elected today, while others were not but in includes those who championed the candidates from the sidelines through their support as well. The nation: Americans who stopped long enough to see there was something wrong with the route the O Train was taking and began to actively stop it. And God, whose Patience, Righteousness, Faithfulness and Mercy has blessed us once more with a call to our core principles and values and a reminder of the responsibility we have as caretaker of the single most powerful form of government since HIS theocratic rule of Israel of old. It is my hope today's victory would be approved as a right course by such American Icons as John Adams and Thomas Jefferson. It took a bit of Thomas Paine and Benjamin Franklin to get us motivated and moving but surely their spirit rejoices at the train as it chugs along "I think I can, I think I can, I think I can!"
Posted by Toni at 10:09 PM No comments:

And the winner is? Envelope please

Thought I would join the universal clicking of nails on keyboards around the world as bloggers sit in their respective basements in their jammies, sipping their diet coke and madly recording their pebble of opinion!

I watched most of the day, mostly to see if Rossi, Miller, McDonnell, Fiorina, Whitman, Kasich, Angle and Tancredo were starting to move ahead. Some are, some aren't.

Gagged when I saw McCain trying to sound all 'on it' when he is so part of the 'demogop'! [Of course, in case you haven't figured it out..'demogop' is my contraction of Democrat/GOP.] Listened to Boehner turn a nasty by Obama around to a positive recognizing the 'patriots' who have spent the last 18 months doing what many of them have never done before, get out and 'speak up'. The silent majority has found their collective voice and tomorrow, NOVEMBER 2, 2010, it will resound through the valleys, on the mountains, in the desserts and the plains, over the lakes and hopefully across the ocean. When the day is done, the challenge begins!

Demogops beware! Americans have had enough. Tea Party candidates please learn the lesson of the past few years..do not leave the folks in the dark. Get your work out there. Let us know what you are doing, how it is going, who is impeding it, what we have to do to assist you in sitting down, rolling up your sleeves and getting down to the NATIONAL AUDIT!

We have an exciting election ahead of us tomorrow. Often in our days we have witnessed history in the making. Some has been horrible, traumatic and inconsolable. Some of it was eventful, hopeful, inspirational, awesome and unimaginable. Tomorrow's election will be a bookmark for the first decade of the 21st Millennium! It is likely to dwarf the 2008 landmark election by putting the exclamation mark right over it!!!

It has been great fun these past few months keeping track of what is what. Tomorrow ushers in a new era and new headlines. Hopefully, we can get dressed, emerge from our basements and check out the bright new future...of course, the bright new future is afar off...between now and then there is a lot of hard work, sacrifice and some uncomfortable times. But, when it finally starts to emerge, and we are feeling good about ourselves again, the national pride will be palpable!

May God bless America.
Posted by Toni at 11:06 PM No comments: