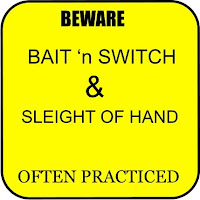 Vote November 2, 2010 to block the movement away from choice and into servitude!
Posted by Toni at 11:19 AM No comments: