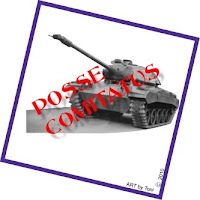 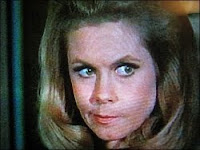 I chose this picture because it perfectly catches my sense of consternation. I loved Samantha Stevens as a housewife! I loved that she was 'bewitching'. And her face says it all in this photo!

I am a 59 year old housewife, married for 43 years next month. Last April 15th, 2009, after only 3 months of watching what the new administration was up to I decided to attend my first 'protest' as a novice activist. I attended the Honolulu Tea Party! WOW! What an exhilarating and awesome experience. Not only were there great people carrying creative signs but the folks driving by in city buses, fire trucks, police cars, delivery trucks, cars, all honking and waving. I saw toddlers in their strollers and seniors in their wheel chairs. I saw a couple of kids around 8 years old drawing pictures that represented what they were seeing. I saw young teens and older adults dressed up in costumes that made a statement, mostly period pieces from the 17th century. I saw people laughing, sharing and enjoying their right to 'PEACEFUL ASSEMBLY'.

On September 12th, 2009, I attended another such protest in Hilo. This time I was even quoted in the local paper!!! Again, I saw all ages, all walks of life, many ages, holding clever signs and waving flags. This time motorcycle groups revved their Harley engines and waved at us, motorists honked in support and one little old lady yelled obscenities from her car. All enjoying their 'PEACEFUL ASSEMBLY'.

I missed this year's tax day event because I was participating in another new found civic responsibility, that of attending our local County Council meetings, especially when discussing important issues, even testifying when I feel so moved.

I diligently watch the national news and find the terms being used to describe me and those who have gathered at the protests I have been at by mighty unkind and very maligning untruths!

"Bowel Movement", really? Neo Nazi, really? Racist, really? Terrorist, really? I listen to the folks that do not come to the protests and have no idea who is there describe the folks who are wondering if they are living in a parallel universe somewhere where Alice in Wonderland sort of stuff happens..what is, is not and what is not, is?

I own no weapon; I bear no ill will; I abhor racism; I totally despise confrontation; I do not 'learn war'; I do not hate America; am not a seditionist nor a conspiracy theorist; and yet if you listen to what is being said about the growing phenomenon that has been called the 'Tea Party Movement' you'd think you'd be able to point me out in a crowd by the multiple assault weapons, hateful signs and horns sticking out of my head! Nope, not me. No amount of saying it will make it so. I will however exercise my 'freedom of speech' and engage in 'peaceful assembly' and talk 'freely about my God' while I remind anyone who wants to listen that our Constitutional government is under siege and being held hostage by those who have fully exploited their power by legislating their will, their beliefs and their rules over everyone -- denying each of us our right to choose. EXAMPLE: The recent passage of National Healthcare was the most autocratic move to date.

Unlike Samantha Stevens, I cannot twitch my nose and make it all right. I have to be patient, grow in knowledge on how things are SUPPOSED to be done and work within my freedoms and those parameters to correct what I can. Malicious intent is being impugned on those of us who dare to actually 'live the constitutional life' yet the sorts of things being said and done clearly evince from whence the malice emanates.

I lay my head down each night and as I begin my good night discussion with my Father, I contemplate what is going on here and then I let my mind wander around to places where freedom does not exist in any form; where it is a struggle to draw the next breath, or the pain of life is screaming aloud from the center of every cell in a body, and I realize, God must surely be patient and loving as HE watches us pick fights with one another. While we play the whole 'sticks and stones' game. We each ought to be unabashedly ashamed of ourselves for being so involved in tearing down the many blessings inherent in our beautiful REPUBLIC as it was CONSTITUTED and using the opportunity -- while you rip down the structure of our historic home -- to throw pieces of it at others. What will you leave us with? Green fatigues and caps? No, I don't think so...not for me...I will defy a cookie cutter world of boring by wearing bright colors and independence as my garb...even while I vacuum and clean house!

What is the price of tea in China?