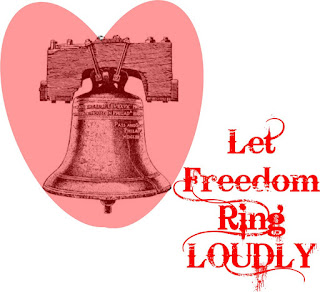 They say: “Stay at home order for State of Ohio--…all individuals currently living within the state of Ohio are ordered to stay at home …” https://coronavirus.ohio.gov/static/publicorders/Directors-Stay-Safe-Ohio-Order.pdf

They say: “The Intent of the Order is  to ensure that the maximum number of people self-isolate in their places of residence to the maximum extent feasible, while enabling additional day to day activities to continue, TO SLOW THE SPREAD OF COVIDE-19 to the greatest extent possible….”

They say: ““Take notice, 18% of the people came from nursing homes, less than 1% came from jail or prison, 2% came from the homeless population, 2% from other congregate facilities, but 66% of the people were at home, which is shocking to us,” Cuomo said.” –https://www.cnbc.com/2020/05/06/ny-gov-cuomo-says-its-shocking-most-new-coronavirus-hospitalizations-are-people-staying-home.html

They say: ”Get sunshine and fresh air while sheltering in place” https://wexnermedical.osu.edu/blog/get-sunshine-and-fresh-air-while-sheltering-in-place

They say: “Powerful effect solar light has on killing the virus on surfaces and in the air.” https://www.youtube.com/watch?v=E94pqy2rB7g

‘They’ have moved into our lives and rearranged them so radically that our lives no longer resemble what used to be.

For some time, our culture has flung upon the doors to emotion. What used to be mostly understood as acceptable decorum in ‘polite society’, ‘respect for others’, ‘don’t say anything if you cannot say something nice/positive’, ‘do onto others as you would have them do unto you’. Now, we have emotions driving every facet of culture and if you turn your head and look out for a moment you may notice it is negative emotions that moved into the lead. Hatred and anger are now reflected by a substantial number of people from all walks of life.

To catch up on what exactly happened to change the mood of a nation -- and to some extent a world -- let’s be frank. The current president of the United States has garnered and galvanized quite a following of persons who have allowed their words and actions to deny and devalue their own alleged principles. What happened to no hate? Surely you know many who now routinely indulge in hate towards him. When you remark they are supposed to be accepting, tolerant, inclusive not hating ‘they’ respond it is not hating but disdain or strong dislike  -- but hate drives people to abandon long held ideals when they wish ill upon him or by extension anyone who says anything positive about him. Yet, the emotional fatigue many are beginning to complain is causing physical, psychological, and emotional damage to themselves which shows they spend way too much negative energy over a man who holds an office for 4-8 years, a man they categorically vehemently detest.

Then there were those who were out in black masks and gear beating up and threatening seniors and young people who support the object of disdain that drove the angry mob’s hatred. Again, people are getting hurt by the free flow of anger with no public pressure to stop.

The economy was on full blast humming along; more people had jobs than in any other time; trade with different countries was being overhauled to bring equitable balance to Americans who until this time had been hemorrhaging money and jobs to foreign entities. Trump doesn’t play well with the globalist elite who had a plan they felt was progressing along as well UNTIL he took office. After his election other countries followed suit electing nationalist based leadership.

With all of this an equalizer had to happen. To capitalize on the ‘emotion’ led cultures around the world, primarily in the western nations, FEAR was given a megadose injection into societies all over the globe and with that the world came to a stop. Reversal of fortunes, cessation of free practice of religion, the attempt to literally muzzle the muzzles of firearms, cessation of free movement whenever and wherever unencumbered converted to stay at home orders. Who exactly are ‘they’ to step out of the screen on your device and hold you hostage to their edict?

The key to understanding

Hindsight is the cumulative bibliography of all things related to the answer of who ‘they’ are.

In 2008, a call went out from Public Health in different places for volunteers to become part of a newly formed Medical Reserve Corps [MRC]. These volunteers would be from the healthcare field and would be able to administer flu shots/sprays if asked to, would be called to assist if available during a mass injury disaster, to assist in communities separated from others from disaster related events. Those who attended the initial meet and greet a power point presentation we heard from the Director of Public Health in the state this author lived which included the definition of pandemic and the introduction of how a quarantine might be ordered/necessary in the event of a pandemic.

In 2017, Dr. Fauci is on record as saying this: ““If there’s one message that I want to leave with you today based on my experience, it is that there is no question that there will be a challenge to the coming administration in the arena of infectious diseases,” Fauci said.” https://gumc.georgetown.edu/gumc-stories/global-health-experts-advise-advance-planning-for-inevitable-pandemic/

Trump was sworn into office January 20, 2017, 8 days after that announcement. Dr. Fauci served five presidencies according to the article. But this administration will be challenged.

On October 2019 a table top exercise at John Hopkins Center for Health Security ‘Event 201’ gamed out a ‘pandemic’ as their exercise. https://www.centerforhealthsecurity.org/event201/videos.html#seg1

And then there is this: https://www.youtube.com/watch?v=k-x934In-Ao

“Suspicion is a virtue as long as its object is the public good, and as long as it stays within proper bounds. ... Guard with jealous attention the public liberty. Suspect every one who approaches that jewel”—Patrick Henry

This is merely a tip of the tip of an iceberg of who comprises the authoritative ‘they’ that seem to govern the people apart from the ideology expressed in our Constitution: The government DERIVES it’s power from the people.

This article merely covers our current invasion of anti-rights, anti-freedom edict and dictates from the folks who today, and at least from the beginning of March of this year, make up ‘they’. Once more, for emphasis, we allowed ourselves to consider the greater good as “they” explained why it was necessary to take unparalleled reach from the Nation’s Capitol down deep into the lives of all Americans sequestered in our respective domiciles with rare exceptions to depart on specially approved errands. And, further heavy-handed restraints that while out and about on your ‘approved’ errand you were to be mindful of maintaining ‘social’ distance together with the ever changing on-with-the-mask-off-with-the-mask- on-with-the-mask-AGAIN stipulations. We did that despite many of us feeling that deep-down ring of our internal ‘Liberty Bell’.

We all began to release the pent-up air from our diaphragms as we awaited the next message ‘they” would be uttering to ostensibly release us from self-incarceration to the routine that was our lives before THEY devitalized them.

From that date to now the original group of ‘they’ have grown to include local and state government officials some of whom have long held latent precepts of their respective authority. Those included power grabs via a coup of immediate mandates that tight fistedly ruled our roost! Now the depth of our internal drive to live free surfaced all the way to our mind’s eye as oppressive, even extreme injunctions against our free roam tendencies, our way of life, our routine, our abilities to provide for our families and selves in no way measuring up to our former recently past lives. ‘They’ now cleverly moved the chess pieces of our lives around and introduced us to the ‘NEW’ normal.

ONLY by consent do we give authority over our lives to the rules ‘they’ wish to enforce. When we have demonstrated good citizenship by initially considering our neighbor, loving them as we love ourselves, the ‘old normal’ golden rule but the rules of our lives under ‘their’ dominion did not suffice the rules became burdensome, fully restrictive, tyrannical in reality. Now we begin to use Constitutional authority granted to us to move the influence of those regulations away from our family reestablishing the routine that cohesively binds us to our family, neighbors, and community.

The drone of the 1st amendment rights may annoy many, but those rights are to be secured by the government. If ‘they’ [the governments] operate outside of the authority of the US Constitution and we the  subjugated relent to what ‘they’ demand then we have the answer as to who ‘they’ are and we get what we give in the way of direct or tacit approval—a country with rights on an ancient piece of paper with no power drawn from them as they sit in the National Archives preserved for all posterity to see what used to be.

If on the other hand, we decide not to be crushed until the liberty is eked out of every pore in our bodies by trying to reason with the existing authority via communications then the other part of the 1st amendment which is the ‘right of the people peaceably to assemble and to petition the Government for redress of grievances.’ is our answer.  With freedom of speech and freedom of religion being truncated and freedom of press being exploited via biased narratives we engage last things left to us; publicly call attention to the untenable – or illogical disfunction of the prevailing governments by trying to urge them to return to the ‘rule of order’ as codified in the US Constitution and the associated Bill of Rights. In so doing, remember, the 1st Amendment uses the word ‘peaceably’ in the people assembled.

Let us be the united ‘they’ to the government and reclaim our NORMAL routine not some reimagined or transformed ‘New’ normal. Liberty is not negotiable; Freedoms cannot be transformed or reimagined. Opiniated, but submitted.