Congratulations to Charles Djou and his campaign for successfully rooting out a staunchly democratic seat!

“We have told them that we will not stand idly by as our great nation is overburdened by too much taxes, too much debt and too much wasteful spending.”

This seat was vacated by Neil Abercrombie whose voting record as one of two Hawaii Representatives was definitely party line with his last monumental vote being 'yes' on the Congressional 'Cap n Tax' bill H.R. 2454, passed in July 2009. It is expected Congressman elect Djou will vote down conservative lines. His win is phenomenal in a state where the Republican Governor has taken serious heat over some of her fiscal decisions, 'Furlough Friday' being the most discussed by residents of the state.

Though the win is an interim win and clearly his record between now and the election to fill this seat for an entire term will be his campaign platform, his election is not only about a dysfunctional local democratic party, it is also a referendum on Obama's administration. Charles Djou just ripped a seat from the majority party in the Congress right out from under Obama's alleged home state! A state that overwhelming voted for him for President just 18 months ago! How quickly the tide has changed. There is some hope this state will elect yet another candidate to replace Mazie Hirono and her liberal voting record with a candidate whose fiscal and national security platforms seem more in line with the majority of Americans! Watch Ramsay Pualani Wharton as she manages her campaign. www.ramsay2010.com

Liberty may prevail as one incumbent after another falls to the will of the people; a people who comprise the government 'for the people, by the people and of the people'!

The primaries are only the beginning. The general election in November is the key! It would be so great to see 2 new conservatives sitting in Congress representing the fine people of Hawaii! 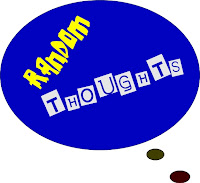