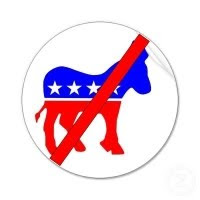 While there are many wonderful attributes associated with the Equus africanus asinus, aka donkey, perhaps the most notable and not so favorable attribute is that of stubbornness. If you do your research, you can find the origins of how the donkey and elephant came to be symbols of the two parties that are to serve ‘we the people’. While I am an animal lover and truly find animals by and large to possess a natural grace most humans do not even realize they should exemplify, and while I generally despise superimposing an animal’s traits over the human, it appears at least this time the exception may be apt analogy.

Many folks who ‘O’ppose this president have found many ways to hybridize his name into words like ‘O’bamacare; or ‘O’bamanomics; or ‘O’bamanation. Perhaps for this essay it would be appropriate to use this: ‘O’bstinate!

So now we arrive at the corollary between the ‘stubb’O’rn’ donkey and the ‘O’fficial leader of this nation. Why recalcitrant? Think upon it.

· Ram Health Care down our throats for 2009. While the thousands of voices for the entire summer who protested against it were not loud enough or persuasive enough, after the Massachusetts vote he and others took a huge step backwards from healthcare for what, a nano-second? Now it is back to pushing? Is this what David Plouffe has encouraged him to do?

· Terrorist vacation in NY? What? You are going to bring the very one who plotted, planned, and executed the maniacal, diabolical attack upon Americans to the scene of his crime? You are taking this guy back to delight in ‘nearness’ of his scene of destruction? Are you kidding me? Let’s not even consider the cost, it is obscene. Let’s not consider the logistics, it is unbelievable. Let’s not consider whether this guy is entitled to ‘a court trial by a jury of his peers…’ [That in and of itself is a scary prospect] it is simply unthinkable. Let’s just put out there what most American’s are thinking and wondering…why is this guy still alive? He has admitted, with pride, to doing everything he has been accused of. He has threatened to do it all again if ever released. He shows no shame, no guilt, and no sense of humanity. He eats, drinks, lives in comfort at a facility in a temperate part of the world where his ‘needs’ and ‘rights’ are protected by American soldiers, CIA and American dollars! We’ve gotten all the ‘intelligence’ we can get. Why is he still breathing? What is the problem? It doesn’t matter which religious preference the President wishes to identify with: Islam or Christianity, they share a unique common thread, ‘eye for an eye’! Has anyone asked KSM if he will waive his right to a trial? Plead guilty?

· Raising the debt level for America to offensive levels. Each passing day this country is less and less safe in many ways; now we can add the growing deficit to the list of national vulnerabilities!

· National Security; On again, off again. The ‘blast in his pants’ terrorist interrogated…he claims ’there are more like me coming’….OOPS! Mirandize this dude! He’s talking…so an hour into custody he has a lawyer. Then for 5 weeks the terrorists, who designed this particular failed mission, are quickly destroying evidence; altering their plans; recycling their plots and then ‘Oh, HE’S TALKING again!’ Is this guy not an enemy of the state? [granted his youthful naiveté may have gotten the best of him] How can the Commander and Chief of this nation indulge his own ‘social injustice’ conscience and not see jeopardizing the security of this nation with such junior high school tactics is nothing more than a mule like desire to flex a power muscle, why? Because he can! National Security be damned!

On a daily basis the narcissism that exudes from the pores of this defiant leader shouts his “CONTUMACITY”! And at what price for Americans? Is the arrogance he exhibits the change we wanted? Isn’t he the very one who spoke of the Bush Administration as ‘arrogant’ on his apology tours? Double standards?

Do you see our LIBERTY slipping away? If it is not robbed by the ‘do bad’ guys it will be robbed by the ‘do gooders’, or at least those who have promoted themselves as the ‘O’nes who know what is best for us!! We are not a robotic bunch of people. We are a diverse people. We the people, want our country back! We the people, want to hold on to our LIBERTY with all our might! We the people, recognize we are on a path to no return and want to turn back! We the people, prefer the vision and foundational philosophies of the founding fathers as they laboriously and conscientiously put their own self esteem and beliefs aside to work out a cooperative agreement in the Constitution of the United States of America! We the people, will speak in 2010, LOUD and CLEAR and again in 2012! If being stubborn is the example you want to lead with then watch just how tight a hold on LIBERTY, ‘We the people’ will demonstrate through our vote! HISt’O’ry is being written now; it will be a resounding “n’O’ we can’t!” For those dem’O’crats who have shown no conscious of their own but who have followed the leader, their dismissal from office will be a harbinger.

It is time to show just how STUBBORN we can be.

I kinda have been expecting this in a way...
But I reali dun think da world is going to end...start a new era maybe but the world is not ending.
That's not gonna happen till a thousand years later! Ok, I'm not sure bout that either but that's not the point! The world's not gonna end! Full stop!
[url=http://2012earth.net
]2012 doomsday
[/url] - some truth about 2012

Hi I'm new. Nice forum. Just found it on AOL. Thank you for the Excellent community we have here :)