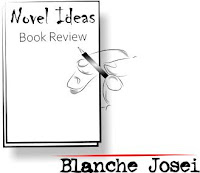 
Sometimes the best way to learn a lesson is through a child's personal story. “Breaking Stalin's Nose” depicts a loyal young boy named Sasha who is devoted to Stalin's teachings and deeply proud of his father, a member of the Secret Police. He dreams of becoming one of the Young Pioneers who march in the parades and take their oath of loyalty to their Leader. The mysterious arrest of his father sends him on a quest to alert Comrade Stalin of this great mistake, unaware that his neighbors had falsely accused the father of a crime in order to steal the family's bigger room in the apartment. The book exposes the living conditions, the government secrecy, and the events surrounding the disappearance of other neighbors and friends of Sasha, including his mother. The boy's eagerness and faith in his Leader, Comrade Stalin, tugs at the heart. 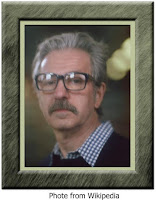 The story is fiction but it springs directly from the life experience of its author. While Mr. Yelchin wasn't born until the 1960's in the Soviet Union, and Stalin reigned from 1923 – 1953, the communist way of life was firmly established and the government practices borne from the Stalin era were still in use during the author's childhood. In the author's own words: “The communal apartment where Sasha lives with his father is similar to the one I grew up in. In addition to my family, several other families had to share one kitchen, one toilet, and one sink with a cold-water tap. My father and mother, my grandmother, and my brother and I were crowded into one small room. At night when the sofas, cots, and folding chairs were converted into beds, the only room left for my small cot was under our round dinner table.”

The book was written in 2011, many years after the author migrated to the USA and became a US citizen. But the interim years after his departure from Russia were spent researching and learning the Stalin regime. He writes in his personal note: “All of my schooling in Russia – elementary, middle, high school, and college – happened under Communist rule. Any information about the crimes of Stalinism had been repressed. Any attempt to gather or disseminate such information was severely punished. Now, I was living in America, a citizen, a father myself, but for the first time in my life, I was discovering the full extent of the events I had been only vaguely aware of. I realized it was my duty to tell the truth.” 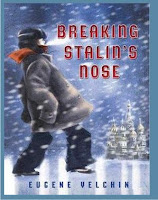 The short story has black and white, but very realistic, drawings that highlight the chapters. It is recommended reading from the Newberry Honor Book as a distinguished American children's book. It is best understood by readers eleven and up. Younger readers may not grasp its meaning. The last section of the book is as equally captivating as the central theme when the author answers a Q&A on both his childhood and his Soviet life. I highly recommend this book which can be read for free from your community library or purchased for $7. I bought it to give as a gift after reading it at the library because I felt it imperative for my younger relatives to know. The author says it best: “I set this story in the past, but the main issue in it transcends time and place. To this day, there are places in the world where innocent people face persecution and death for making a choice about what they believe to be right.”