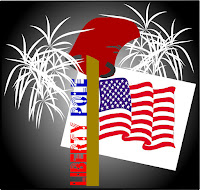 Welcome to the ABOUT page. I thought I’d share with you the conceptual origins of our site.

I was doing research recently about the ride of Paul Revere. I will be honest, it was spawned by a moving episode of Glenn Beck’s show from Monday, May 25th, 2009 on FoxNews channel. His enthusiastic and animated delivery of the back story to Paul Revere’s ride was so new to me I thought I’d check them out. While I could not substantiate his story, I was able to identify Dr. Joseph Warren, the man who dispatched Paul Revere and Richard Dawes that night as part of the ‘committee of correspondence’ to do the now infamous ride. Researching why Dr. Warren was such a treat I came across the whole ‘committee of correspondence’ culture. I also happened upon the earliest of American water cooler culture, the Liberty Pole!

The history of the Liberty Pole is discussed in detail on our history page, but for here, briefly, it was the place in the town square where the men who formed the local chapters of the committee for correspondence would meet and strategize on how best to handle the British impingement on their lives in the new world. It was so productive, so successful an idea which was practiced up and down the eastern seaboard I thought it would be really significant to create a virtual LIBERTY POLE in our local town square and strategize on how best to regroup and promote the very Constitution that arose from some of those folks.

I have created this blog site initially to deal with stories in the news from an op-ed perspective but eventually I hope to develop an actual ‘investigative journalism’ site where stories can be brought to the blogosphere alerting the readers of opportunities to defend the Constitution even if it is to expose those who are obliterating the freedoms inherent in our citizenship by their own political, ideological or philosophical agenda/motives. In the past few months we have been caught up in a whirlwind of changes designed to remove our ‘right to choice’ on so many things and if we allow ourselves to succumb to the water as it slowly comes to a boil we will have lost them for good! Please join us in sharing your thoughts, storylines, even how you are using your own blog, web site as a LIBERTY Pole to promote individual Liberty while securing the inalienable right to life, liberty and pursuit of happiness. 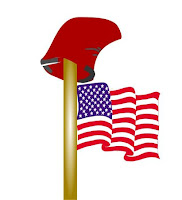