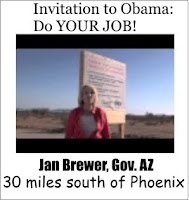 November 2, 2010 seems likely to be the way Americans can pick themselves up by their boot straps, vote in the REAL CHANGE and then buckle down for the ride back to normalcy. There are many things that need reversed, overturned, fixed. Until then, GOD bless America! We surely need it!
Posted by Toni at 10:44 PM No comments:

It's official!
British Petroleum is now the official banker for the Obama administration's 6 month moratorium on off shore drilling! Yep, the Obama administration made a federal decision to halt all offshore drilling, effectively shutting down some 30 plus drill sites and just as effectively putting tens of thousands of employees out of a job at least for the period of the moratorium. So now the new Bailout Patsy, bp will be anteing up the money to support those out of work during the moratorium, at least to the tune of $100, 000, 000.00!

It's one thing to hold the company responsible for the death and injuries of its employees as a result of the explosion. It is also expected and understandable to hold them responsible for the clean up costs, the recovery costs and the losses incurred due to the explosion and subsequent gushing well! Making them squirrel away $20B in an escrow account to be overseen and monitored by an 'independent third party' who just happens to be serving the US Gov, at least for a little while longer, is hardly an 'independent' third party. And this guy was also involved in the disbursements of the 'after 9-11' costs! [More on that red flag later.]

In addition to the 20 billion escrow and the 100 million moratorium associated costs there is also the reference to the folks there having a hard time since Katrina and Rita...as if that is also bp's fault! The economy stinks because it stinks. Recovery has been slow, even absent the disasters of Katrina and Rita. This incident is surely going to have long term consequences but reach back and pull in hurricane recovery and manipulate Americans into seeing all of this as some how due them by bp is wrong! The moratorium is Obama's administration's doing. It is a knee jerk response, and many believe a political one, to this event. While bp's explosion and subsequent disaster was the precipitous factor in the moratorium bp had nothing to do with the decision to enforce the moratorium. Why are they being made to pay? Political equity!!! That's it.

About the independent third party doling out of dollars...mark my words...look at the date of this blog entry...I venture in 2 or 3 months, maybe even longer, we will be hearing of accounts of people who had been getting payments from bp but once the government's 'independent third party' took responsibility the disbursements are not forthcoming! Do we need a replay of how miserably the funds were disbursed after 9-11?

All in all, on the President's comments after his meeting with the bp folks, I heard NADA about what is being done to 'clean it all up'! He still hasn't addressed why he has not suspended the Jones Act; or, why he has not taken the Dutch up on their offer to assist? The precedent exists.

Yes, there needs to be an accounting. The why's, the how's and the when's. Yes, bp and their associated partners bear absolute culpability for this incident, at this time. But, as we see the economy continue to sink, as we see jobs lost that are even remotely related to the Gulf region, will British Petroleum now be the new China writing checks to bail out America [with out the pay back factor?] with every nuance that something may be related? Do I get to send a request to bp for damages because the price of oil is sure to go up and due to my own unemployment the hardship of the additional costs is something I should not have to bear? Where does it all stop? When do we stop gutting private business? When do we stop the blood letting of corporations simply because they have money? When do we begin to live within our own means, understand in order for people to get back to work, for the economy to be revved back to life we need to stop rendering the life's blood of this country anemic?

bp is a multi national corporation. When we eviscerate them and render them incapable of paying the bill who then will pick up the tab? What is the 'administrative' fee going to be for the 'independent third party' to dole out monies? What legal language is in place to assure ALL the money goes to those who will need it and not just to pay back the coffers of ill spent federal monies? The president said they took steps to set up this fund, including all the LEGAL steps, to make sure the people who need the money get it.

No doubt, this is an horrific event, an incomparable crisis and will destroy much before it assimilated by mother nature. There is accountability. bp so far is willing to step up and do their part. Let it be minus the Chicago style tactics, let it be without alienating allies, let it be apolitical and let it bring all things back to a balance as soon as possible.

These are my thoughts...what say you?
Posted by Toni at 1:05 PM No comments: